But now a strict points-based immigration system will create a massive shortage of people needed to do the actual construction work.

Put simply, immigrants with trades such as bricklayers, carpenters, groundworkers and labourers will not pass the skills tests needed to come to work in this country from next January.

The industry has been arguing against this for months but once again its lobbying efforts have fallen on deaf ears.

So from next year contractors will face chronic skills shortages unless a new generation of domestic site workers magically appears.

Which given the industry’s current training set-up simply isn’t going to happen.

Home Secretary Priti Patel wants to “attract the brightest and the best from around the globe.”

Which is all well and good but scientists still need  to work in laboratories – which often entails someone picking up a shovel to build them.

Patel also wants to “end the reliance on cheap, low-skilled labour coming into the country.”

So thousands of foreign tradespeople are dismissed as “low-skilled” and deemed of no use to us while we try to encourage a new raft of UK youngsters into these very same professions.

It’s like the left hand doesn’t know what the right hand is doing in this Government.

Perhaps ministers and their legions of advisory geniuses should spend less time navel gazing about how to reform Whitehall and step outside into the real world.

Otherwise they are in for a nasty shock when labour bills start busting budgets on their construction jobs up and down the country. 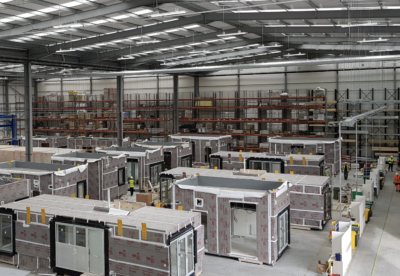