The wins also lifted BAM through the annualised league rankings from fourth in June to second place in July behind Kier which continues to record the highest value of contract wins.

According to estimates by information specialist Glenigan,  the actual number of contract awards dropped to 491 over the three months compared with nearly 677 in the same period last year.

The value of contracts secured remains depressed due to the impact of coronavirus on client confidence but is easing. 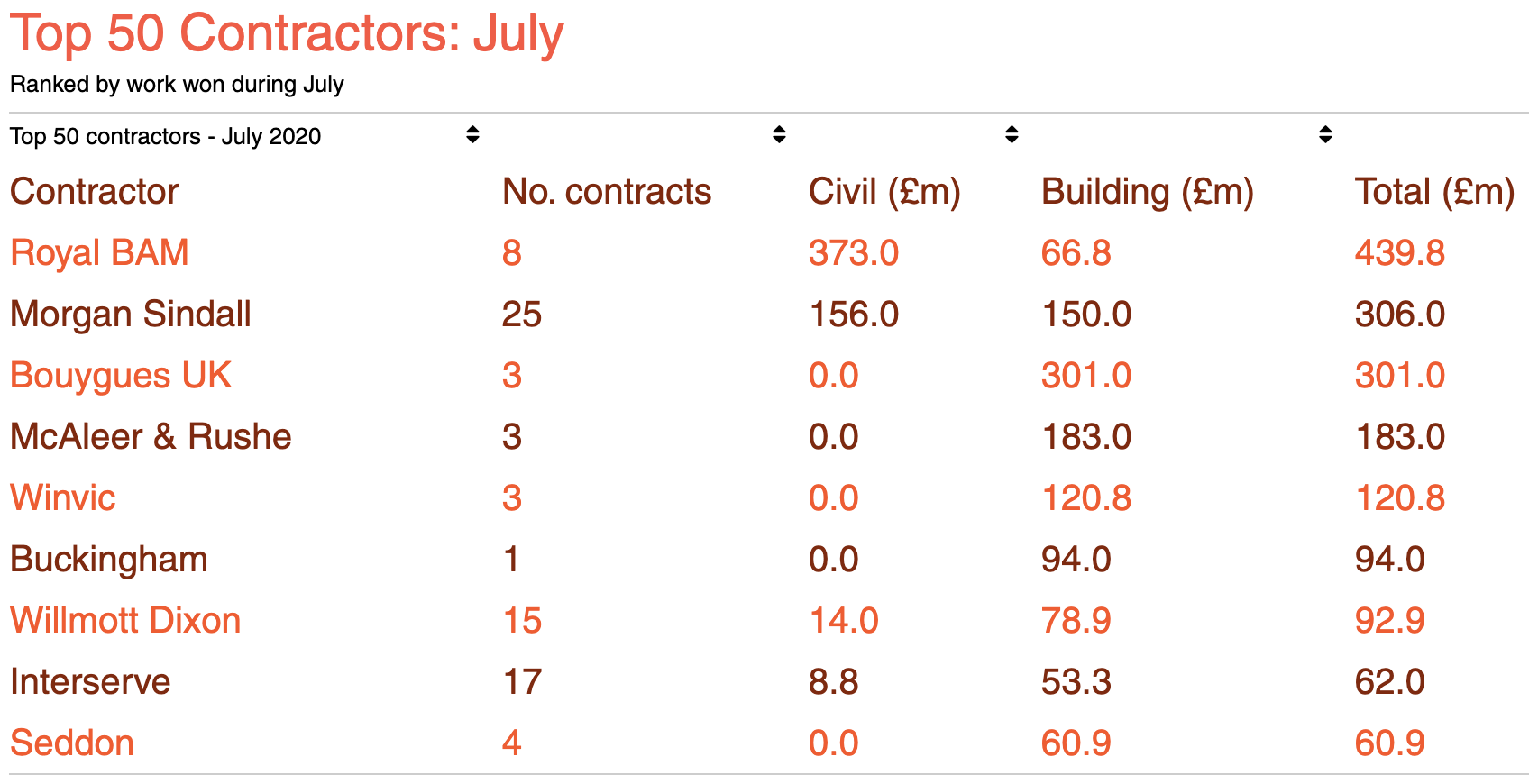 Among the other big contract wins for July, Bouygues secured a £156m shell and core job on St Thomas’ Hospital scheme and a separate £80m fit-out contract on the same project, both for Department of Health.