The scheme to replace the Tinbergen Building will be the largest construction project the university has undertaken and is a major coup for the private builder.

It capped a month of major building project awards including ISG securing the 2m sq ft mega shed at Wakefield Hub for Mountpark Logistics taking it to second place. 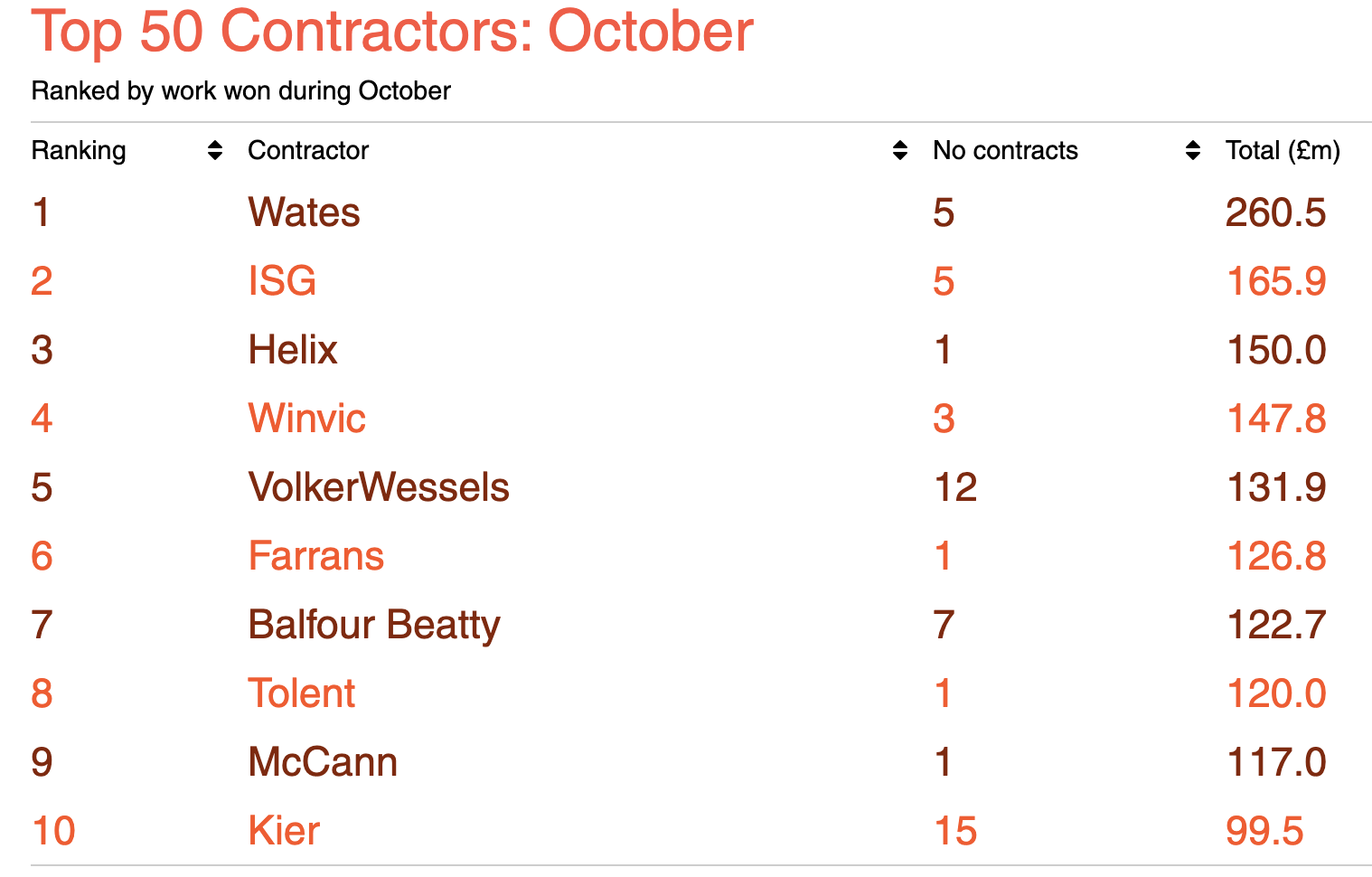 According to data collected by information specialist Glenigan, the value of contract awards over the last three months has started to return to pre-Covid levels.

During August to October estimated total awards were valued at £9,09bn, just slightly lagging the £9.34bn recorded during the same period last year.

Civils projects during this year are now running ahead of last year while even the harder hit building sector saw £6.64bn of work secured (2019: £7.89bn).