The Van Elle maintenance fitter was driving a wheeled excavator during widening work on the motorway between Junctions 25 and 28 when its boom hit a bridge.

The worker, who has asked not to be named, was not wearing his seatbelt and was thrown over the steering column and through the open front screen, hitting his head on the front excavator blade.

He suffered severe head injuries and was in a coma for two weeks.

Rehabilitation lasted a further five months and he has since returned to the company though he has been left with reduced function in his left arm and leg for which he receives ongoing physiotherapy.

An HSE investigation into the incident on 22 September 2009 found the driver had not received adequate training in use of the excavator and was standing in for a regular driver on the motorway construction site.

Mansfield magistrates were told he was driving through the site with the excavator boom at an unsafe height.

The manufacturer’s guidance states the boom must not be more than four metres high while travelling but in this case the machine was being driven with the boom elevated to more than six metres.

After today’s hearing HSE inspector Kevin Wilson said: “This worker was extremely lucky to escape with his life. As it is he has been left with life-changing injuries.

“These injuries were wholly preventable had the company ensured the driver had adequate training in safe travel positions for manoeuvring the excavator on the construction project.” 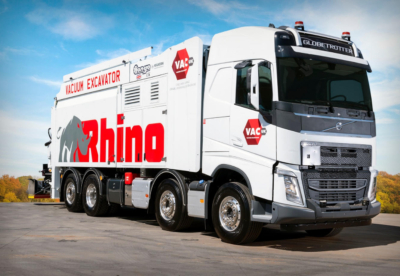